It’s Not Just About Breasts Anymore

Pink shirts and ribbons have been battling it out against the traditional Halloween orange because as many of you know, October happens to be Breast Cancer Awareness Month. 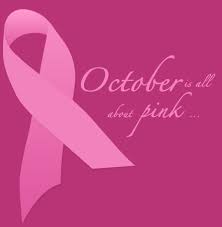 Most people are aware of this now, thanks to a great campaign.

So ladies? Check yourselves. Or have your significant other help you. Repeat monthly.

But October isn’t just about breasts and trick-or-treating anymore. In fact, it seems to be the month every movement and cause wants a piece too – many of them overlooked in the sea of pink.

It just so happens two of them are capable of firing off my hot buttons faster than my four and half year old. They also lack the publicity breast cancer has behind it, so I’m going to add my two cents.

Be warned. I am about to step on my soapbox.

October 11th is National Coming Out Day. I ranted about it last year.

My feelings have only strengthened on the issue, as I watched first hand the hate and venom spewed at a dear friend just last month. I’ll share the tale later.

What I really want to talk about today is this following week.

It is OCD Awareness Week from October 10th through 16th.

What do you really know about how OCD affects someone?

Depending on how long you’ve read my blog, or if you’ve ventured to click on two of the more popular posts listed in my sidebar, you may or may not know one of my closest friends has Obsessive Compulsive Disorder.

I have spent almost six years watching her battle this disease. She has it under control now. Mostly.

But there isn’t a cure. Every day is a battle.

Please find ten minutes of your day to read her story – it is enlightening and informative and gives you a real look at how someone with OCD views the world.

Because while most people at least know about OCD’s existence, they only know what they are exposed to. Mostly via TV.

And most portrayals only scratch the surface, leaving a distorted view of what the disease is like.

Bobbi says I’m an OCD advocate. I’m supposed to talk on a panel this weekend at the quarterly OCD Texas Meeting about just that. (Note: if you live in Austin and are interested in attending, please visit the link).

I don’t see myself as an advocate, so much as an educator.

It is the one thing I can do to help my friend. I hope it is enough.

People say things trying to emphasize, but misinformation or incomplete knowledge show they really have no idea what OCD is about.

I have learned people with OCD have a hard time “translating” OCD into something those without OCD can understand.

So I talk about it.

My Top 10 Lists are typically funny, because they are true.

It is likely only those with OCD with “get” these.

The rest of you are likely to feel a bit uncomfortable as I hopefully correct some some of misconceptions about OCD.*

The more humorous depictions of OCD by "Emma" - such as individual grape washing - bothered me, but last week they made it real when her parents showed up.

10.  “Wow. Just like Monk/Glee.” – Monk was initially my only exposure to OCD. While entertaining, I learned there is nothing funny about OCD and it really dealt more with phobias than coping with OCD.

Glee‘s character of “Emma” has given new light to OCD. The character often bothered me – because her portrayal was humorous and made light of OCD. Then last week, we saw her “dry washing” – a scene that actually made Bobbi squirm because of its accuracy. Go Glee.

9.  “I wish I had OCD.” – No. You. Don’t. This was said to my friend because she receives special accommodations for test taking: more time and no scan-tron bubbles to fill. This is because someone with OCD is compelled to “check” their answers, not once or twice, but so many times they are often cannot complete a test. Having to have each bubble filled “exactly right” is another issue. Imagine if how the bubbles were filled out took precedence over if the answer was right or if you made it through the entire test. 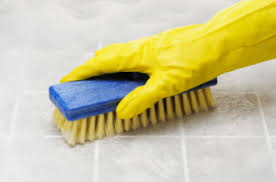 8.  “At least you have really clean floors!” (said to me after I told someone about Bobbi being compelled to wash my tiled floors for two hours straight). – I responded with, “No, I have four tiles that are spotless, because she couldn’t get those four “just right” and she wasn’t able to move on to the other 100+ tiles.” This is a very common assumption people make – OCD equals a clean house.

What you don’t know, is cleaning the house is just ritual used to make the person with OCD feel more in control. The “why” behind it varies from person to person on but it can vary from morbid obsessions (“someone will die if I don’t do this”), to “I’m a horrible person”, “I will go to Hell”, or other fears.

Who wouldn't love to have their closets organized like this?

7.  “I’m a little OCD. I like to organize.” – I know this seems sympathetic. We have all have ticks or like to have some things just so.

Unless these cleaning compulsions are taking over your life, interfering with job, appointments, taking care of yourself or your family, then you do not have OCD. It is a mental disorder. You cannot have a “little” of it.

6.  “You must love to clean.”– This ties into #8. OCD is not about loving the act of cleaning. It is not even really about cleaning at all. It is about ritual and fear of contamination. The main thing you don’t see in media about OCD is the fear. Fears and anxiety are the “whys” behind the cleaning.

The night I was in labor with my daughter, Bobbi cleaned her door jambs – for three hours. Her brain was going through worst case scenarios about me, but cleaning the same spot was a ritual to calm her and make her feel in control. What she’s thinking is, “If this door jamb is perfect, Kelly will be fine. I have to have this perfect.”

This really does bother someone with OCD. What you don't know is why.

5.  “Why don’t you just stop?” – I admit, I thought this once. My carpet was obviously vacuumed, why couldn’t Bobbi stop vacuuming?

My non-OCD brain couldn’t understand the connection between the lines on a carpet and the car crash she imagined happening if they weren’t straight. She couldn’t stop herself, because to stop meant she would make this thought come true. She wanted to punch me when I forcibly removed the vacuum cleaner from her.

Someone with OCD cannot just stop.

4.  “That doesn’t make any sense.” (in reference to needing to perform a ritual) – As a non-OCD sufferer, I get how true this is. To us, we cannot see the connection between a spotless tile cleaned 36 times and how it can prevent a car crash or other fear. To someone with OCD, it is how they struggle to have power and control over these thoughts. To them, it makes perfect sense and even if they recognize it isn’t rational, it is very hard to follow the rational thinking over the compulsion.

3.  “Why don’t you do something about it?”– Chances are if the person is capable of admitting they have OCD and you’re actually seeing them in public, they are treating it. They’ve already hit rock bottom, found out what was wrong, and are fighting back.

Treating OCD can involve any combination of inpatient treatment, therapy, exposures, and various cocktail blends of drugs to try to get it under control. It takes time. There are setbacks. There are good and bad days just like we all have. So instead of asking “why”, ask “what can I do to help?”

Most don't wash their hands just once - it's a ritual pattern.

2.  “(Insert laughter over person with OCD excessively cleaning/counting/washing hands.)” – It is easy to turn OCD compulsions into comedy on TV because to those without OCD, the rituals we see are over-the-top ridiculous. What they don’t show is the cracked, bleeding skin because someone had to wash their hands for 42 seconds and repeat 42 times before they could leave the bathroom.

That’s a little over 29 minutes of hand-washing each time they had the need to wash their hands. Having to repeat rituals is how someone with OCD will become nonfunctional and unable to truly live. I’m not saying you can’t laugh at a TV show, just remember you’re only seeing a fraction of what is real and the reality is about as funny as breast cancer.

Which is to say, not at all.

Someone with OCD wants to wear the T-shirt, but a part of them fears they really are crazy.

1. “That’s crazy.” (referencing rituals or OCD thoughts) – Funny thing that word: crazy. While we’ve come a long way in education about a lot of things, OCD still remains very misunderstood, and therefore the people who have it are as well.

By saying “crazy”, you’ve just validated someone with OCD’s deepest fears: they are crazy. Yes, it’s a mental illness, but they are by no means crazy. It is a disease.

It just attacks the sufferer in a different way, and if left untreated, can suck their lives away into a succession of rituals where they never get a chance to really live.

OCD sufferers are some of the smartest, most intelligent people I have ever met because they are always seeking knowledge to keep their brains busy from dwelling on their less rational thoughts. They don’t relax like the rest of us because an idle mind is one capable of going into an OCD loop.

So next time, say “I don’t understand” or “I can’t imagine what you’re going through.”

But never, ever, use the word “crazy”.

*I am not perfect. In fact, I probably asked or spoke many of these exact phrases to Bobbi as I learned about OCD – I had a newborn baby and cannot recall which faux pas I did. I cringe now at how my lack of knowledge unintentionally hurt her on multiple occasions and want to keep others from doing the same thing to those they care about.

I still screw up but I’m always trying to learn more about OCD.

For now, I hope what I do is enough.

You can read what it was like for me from a supporting perspective, watching her battle with OCD here.

UPDATE: Bobbi was curious how Twitter was talking about #OCD several days later… It pushed her hot buttons and resulted in an informative rant about more OCD misconceptions. PLEASE READ.

Kelly K has learned the five steps to surviving of motherhood: 1) Don't get mad. Grab your camera. 2) Take a photograph. 3) Blog about it. 4) Laugh. 5) Repeat. She shares these tales at Dances with Chaos in order to preserve what tiny amount of sanity remains. You can also find her on her sister blog, Writing with Chaos (www.writingwithchaos.com) sharing memoir and engaging in her true love: fiction writing. It's cheaper than therapy.
View all posts by Kelly K @ Dances with Chaos →
This entry was posted in Bobbi, Dances with Chaos, Top 10 List and tagged Glee, life, Monk, national coming out day, Obsessive–compulsive disorder, OCD. Bookmark the permalink.

65 Responses to It’s Not Just About Breasts Anymore