Life is a massive jigsaw puzzle.

You are constantly trying to find where you belong, the perfect fit: a friend, a teacher, a class, a major, a job, a spouse… the list goes on.

Sometimes the pieces fit. It is perfect and seamless and you know all is right.

Other times you smash the piece in place, where it doesn’t belong, and you fight to make the fit work, even when you know it should be moved.

Sometimes the puzzle ages and you throw it away rather than try to repair it.

Sometimes it is lost.

As a child, I wanted to belong. I’m an extrovert. I wanted people to like me. I found friends in my neighborhood and we fit.

Then one day another girl moved into our neighborhood and altered the puzzle. Suddenly, I didn’t fit anymore.

A few years later I was tossed away, useless, and no other puzzles had room for me.

I did not belong anywhere.

You don’t forget that feeling. Ever. It becomes a part of you, the hurt, the pain, the ache of being less than worthless.

Eventually it made me stronger, but it took time. Four years would pass before I’d find a new puzzle where I was the perfect fit. 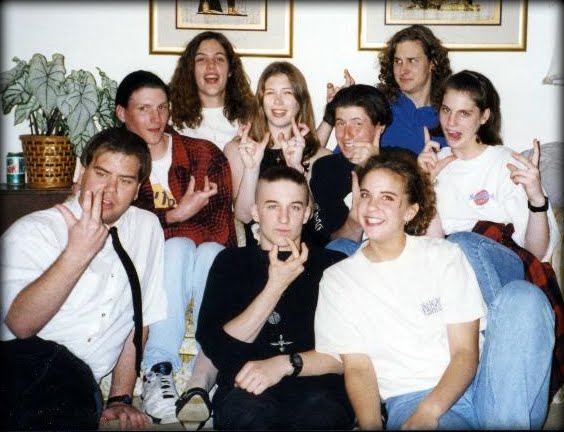 I’m the one with the perm on the top left. These were my people, where I belonged in high school (with bonus appearances by by sister (far right) and cousin (lower right). Yes, most of my high school friends were guys, much to my parents’ dismay. I also cannot remember what we were trying to do with our fingers in this photo.

Twenty-five years later, when a friend does something even remotely resembling this situation, where I am not allowed to belong, even for a small event, the hurt comes back.

I know it is not logical.

I know the world does not revolve around me.

I know feeling this way comes off as selfish to those who do not understand.

But the smack of the bat slamming into you, knocking you out of where you thought you belonged, is no less powerful in my imagination than in reality.

My brain cannot tell my gut how to feel.

I will get over it, as the pain fades and logic takes over, because in most cases, the bat is in my thoughts, not in the real world. I have chosen my friends well.

Then I watch my daughter, the child who will befriend another in five seconds at a playground. I see her joy when a child accepts her invite to play. 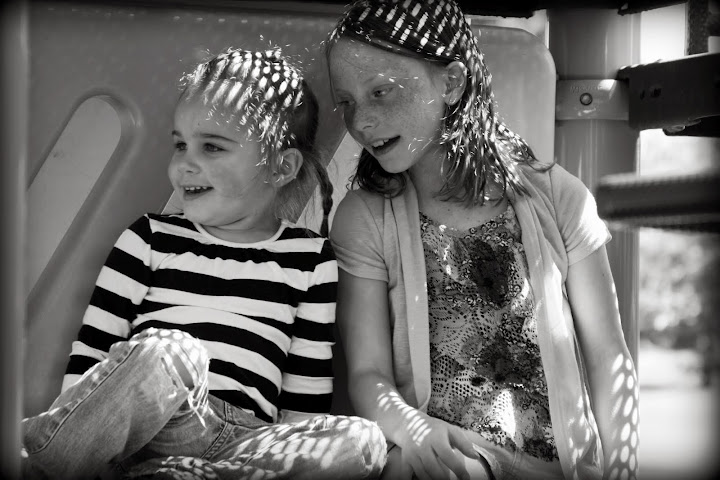 My daughter befriended the much older daughter of an old friend and she was thrilled. They were intertwined for for the entire visit.

I witness her tears when another says no.

I wonder how I can teach her about shyness or mean girls, without having her go through the pain I did.

We want to belong.

Kelly K has learned the five steps to surviving of motherhood: 1) Don't get mad. Grab your camera. 2) Take a photograph. 3) Blog about it. 4) Laugh. 5) Repeat. She shares these tales at Dances with Chaos in order to preserve what tiny amount of sanity remains. You can also find her on her sister blog, Writing with Chaos (www.writingwithchaos.com) sharing memoir and engaging in her true love: fiction writing. It's cheaper than therapy.
View all posts by Kelly K @ Dances with Chaos →
This entry was posted in Dances with Chaos and tagged belonging, family, five minute friday, friendship, hurt, life. Bookmark the permalink.