Do You Need a Degree to be a Good Teacher?

My husband and I held a debate on Tuesday night. Just the two of us.

It raged for several hours, until we glanced at the clock and realized it was Wednesday.

There are lots of topics capable of causing such a heated discussion when a couple is on opposite sides.

Having another baby? Yeah, that one would do it.

But I even after hours of discussion, I still do not understand how the actual topic of our debate could rank up with these life changing events.

It is no secret to my husband I have considered homeschooling our son since the age of three.

The difference is we will actually have to do something about it this fall, as The Tackler will be the magical age of five and half and capable of attending kindergarten.

I know many parents who choose to homeschool. I know many who do not. I see the pros and cons of both sides.

But I remain torn.

I’d love for others to weigh in on their experiences.

Here’s how our discussion broke down.

Why do I want to homeschool? I think my son will spend most of kindergarten bored. When he is bored, he acts out. He is a sponge when you toss topics of interest at him (right now it’s the solar system, volcanoes, tornadoes, geography, the human body) and it seems a waste to miss more interests by having him sit at desk to learn his letters…. again. 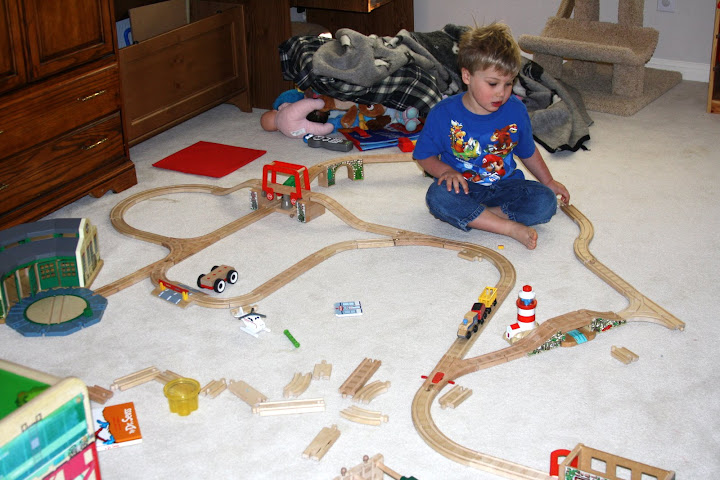 I do not think the basic of skill of “sitting quietly at a desk for six hours” should ever be required.

I am afraid school will snuff out his creativity and joy of learning.

Why do I NOT want to homeschool? Public school means seven hours of “free” babysitting for The Tackler.

Why my husband doesn’t want me to homeschool?  A) I do not have a piece of paper stating that I have completed the degree program to become a teacher. Ever the skeptic, he does not believe me qualified to teach our son.

B) He thinks our son should learn to sit still and be bored quietly at the age of five.

D) I am too disorganized to teach.

E) He visualizes homeschooling as a home version of public school.

F) I would not be able to teach him in the higher grades.

There are about another hundred reasons, but most boil down to more of part A.

I do not have a degree in teaching.

He wants me to prove I can teach our son.

I mentioned I have been his primary teacher for almost five years and have done a pretty kick ass job.

He concurred, then countered how Lil Diva is “behind” compared to her brother. He blames me for not spending time teaching her.

There is some truth to that. She never had the benefit of being the only child. Always, my attention is divided.

She learns differently and doesn’t have the laser focus I see with her brother. At least at this age.

And every time I try to teach her, her brother butts in.

Or the session lasts about thirty seconds.

It does not mean I am not teaching her. It just means it’s taking longer for the information to stick.

And really, what is the rush?

Because there is a part of me the feels the more I teach my children now, the more bored they will be when they go to school.

It makes me sad.

Because I loved kindergarten. First grade… not so much.

Both my husband and I thrived on being challenged.

And zoned off in our own worlds when we weren’t.

We just weren’t likely to act out while doing so.

I just find it telling the only positive I see for my son attending kindergarten is “free baby-sitting”.

Maybe it’s a bias I have toward Texas schools.

Maybe it’s the distaste I have for emphasis on standardized tests following the passing of the No Child Left Behind Act and rampant “teaching to the test”.

Childhood is fleeting and I don’t see the rush to force kids to “grow up and sit still”.

My kindergarten was a huge room. We had a grocery store, a carpet for reading, desks in a corner we only sat at a quarter of the time, and a wide open space to unroll a giant roll of paper for drawing. We had recess in the morning, following lunch, and again in the afternoon. That was three entire recesses. We had “nap time” following our lunch recess.

We learned but were allowed to be kids while doing so.

It seems very wrong to me that from 7:45 AM to 2:40 PM the only time “off” my child will have is thirty minutes for lunch followed by a fifteen minute “relax” time. And those three well-spaced recesses I had are reduced to a single twenty minute block.

For those who suck at math, that’s sixty-five entire minutes out of a seven hour day for a five year old to just be.

I shudder to think of my son having to wait until 1:20 PM to get twenty minutes to exorcise his kamikaze energy – unless it happens to be a PE day.

Right now he spends four hours twice a week in a preschool program with a teacher we both adore.

In that four hours, he has sixty minutes for lunch and recess.

There are only ten children in his class.

And we still have days with issues from not listening and acting out.

How would he be in a class of 24 or more students?

I have no idea, but just the thought scares me.

Sure, with the right teacher, maybe everything would be fine.

It is possible he’ll mature dramatically before August – his behavior did improve when he turned four.

Yet even if he did attend, another host of issues crops up. 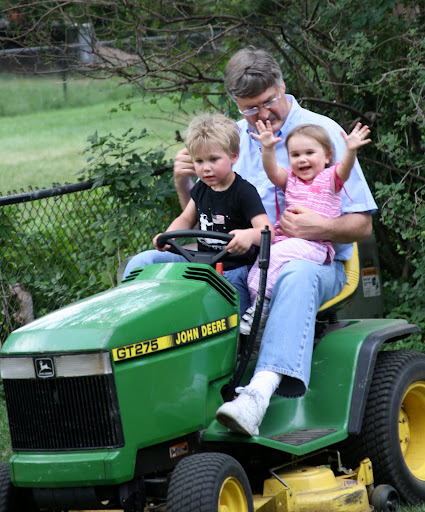 Enrolling in school also means saying good-bye to the freedom to travel when we want. Because of cost and trying to visit when Iowa isn't a steaming swamp or frigid wasteland, 95% of the trips to visit my family took place during the school calendar year. The single exception was my sister's wedding. In 2011, had my son been enrolled, he'd have missed three and a half weeks of school for traveling to Iowa (May and August) and Colorado (December).

School starts at 7:45 AM. He would have to go to bed an hour earlier to be rested which would completely alter the evening dynamic.

School is over at 2:40 PM – when Lil Diva is napping about 98% of the time. We live too close to ride the bus, which means my husband and I must somehow pick up and drop him off every day.

If my husband is at work and I am home with a napping child, it means I must depend on a friend or neighbor to help retrieve my son…. or wake a three year old from their nap.

Any parent of a three year old understands why the latter idea is near the top of the List of Brilliant Ideas You Should Never Try – right along with “wear Lady Gaga’s meat dress into cage of starving tigers” and “feed blueberries to a child infected with stomach virus”.

I don’t know how the cards will fall – I am not sure what tangible evidence my husband seeks to convince him homeschooling isn’t the worst idea ever. I don’t know if I would be a good teacher.

I know there are lots of options.

I just hope we choose wisely.

I’m curious to hear opinions on either side. Which choice did you make and were you glad, or did you regret it? What would you have done differently if you could?

Kelly K has learned the five steps to surviving of motherhood: 1) Don't get mad. Grab your camera. 2) Take a photograph. 3) Blog about it. 4) Laugh. 5) Repeat. She shares these tales at Dances with Chaos in order to preserve what tiny amount of sanity remains. You can also find her on her sister blog, Writing with Chaos (www.writingwithchaos.com) sharing memoir and engaging in her true love: fiction writing. It's cheaper than therapy.
View all posts by Kelly K @ Dances with Chaos →
This entry was posted in Dances with Chaos, Random and tagged family, finding the right teacher, Home Schooling, kindergarten, life, parenting. Bookmark the permalink.

50 Responses to Do You Need a Degree to be a Good Teacher?