The Murphy’s Law of Tires

The Murphy’s Law of Tires: They always go flat at the most inopportune moment.

The Good News: The OCD Texas conference last Saturday was a huge success.

The Bad News: It ended at the same time as the UT game.

The Good News: Instead of fighting gridlock, Bobbi, her mother, Janet, and I grabbed dinner downtown.

The Bad News: The only place without a wait was a sports bar and it was LOUD.

The Good News: The queso was awesome.

The Bad News: Our server vanished for thirty minutes and I had to corral another one to pass on the message we needed our bill.

The Good News: It was a beautiful evening with great company and our parking was validated by the conference.

The Bad News: By the time we received our check, it was late and all we wanted to do was crawl into bed.

The Good: I offered to give Janet a ride to her hotel – it was on the way home – to save Bobbi time.

The Bad: The parking garage thought everyone had left and un-validated our tickets.

The Good: Eventually someone was summoned and showed up, setting us free without a ridiculous rate.

The Good: I had Janet to keep me company and awake for the thirty minute drive.

The Bad: About 200 feet from my exit ramp, I felt a bump and my front right tire went flat. I pulled over.

The Good: I saw Janet’s hotel from the car.

The Bad: She would probably be hit by a car driving 70 mph if she tried to walk to it.

The Good: I know how to change a tire. In theory. My husband is almost a pro.

The Bad: I was dressed up in one of my few nice outfits for the conference. My husband had to stay home with two sleeping children.

The Good:Janet had AAA. I did not. She called them. 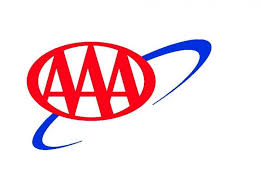 Hint: you should begin your conversation with AAA by telling them which state you are currently in.

The Bad: It took forever to get information to the right dispatcher because she was from out of state.

The Good: They said it would be 25 minutes. Then someone flashing lights appeared behind us.

The Bad: It was not our AAA person, but another guy who did not work with them. He wanted to charge us to change the tire. We explained someone would be there soon. He left.

We called again to verify the time, and were told 45 minutes this time.

The Good: The real AAA guy showed up about 30 minutes after we’d made the first call. Fifteen minutes later we were on our way.

The Good: I had a great chat with Janet I wouldn’t have had otherwise.

The Bad: Sunday was spent replacing two tires on the car and left my husband without a vehicle but with two children while I went to another OCD event.

The tires were not cheap.

The Good: The tires were fixed before the work week.

The Bad: Or so we thought.

The Good: My husband had the car and was supposed to meet us for dinner at our favorite Italian restaurant on Monday night.

The Bad: He walked to his car and noticed one tire was flat. A new one.

The Good: His work uniform is casual because he’s in R&D: jeans and t-shirts. And he knows how to change a tire. He returned to the tire place, getting it repaired (it was a bad valve) at no charge.

The Bad: This left me alone, dining with my two children.

The Good: My children miraculously were on some of their best behavior. The hot fresh unlimited supply of bread helped.

The Bad: I keep waiting for something else to go wrong with the tires.

Kelly K has learned the five steps to surviving of motherhood: 1) Don't get mad. Grab your camera. 2) Take a photograph. 3) Blog about it. 4) Laugh. 5) Repeat. She shares these tales at Dances with Chaos in order to preserve what tiny amount of sanity remains. You can also find her on her sister blog, Writing with Chaos (www.writingwithchaos.com) sharing memoir and engaging in her true love: fiction writing. It's cheaper than therapy.
View all posts by Kelly K @ Dances with Chaos →
This entry was posted in Dances with Chaos, What the frack Friday and tagged AAA, family, humor, life, Murphy's Law. Bookmark the permalink.

15 Responses to The Murphy’s Law of Tires