A Plea to Dr. B and DEFCON Update by the Numbers

A few weeks ago I was desperate and at my wit’s end.

Maybe it was vacation detox.

Maybe it was the equivalent of male four year old PMS.

For whatever reason, The Tackler stopped listening. He was mean. He rebelled about everything not his idea. He had a day of over 30 meltdowns.

Seeking help, I wrote to the amazing Dr. B – otherwise known as the sister of the hilarious Ilana of Mommy Shorts – who just happens to have a PhD in school psychology with a specialty in early development.

Go HERE to read her response to my letter first before reading on.

Meanwhile, unsure of when Dr. B would fly to my rescue, the idea of Discipline DEFCON sprung  from a visit to Chik-Fil-A.

I instantly put it into action.

A week and a half later, I have the number breakdown of the results: 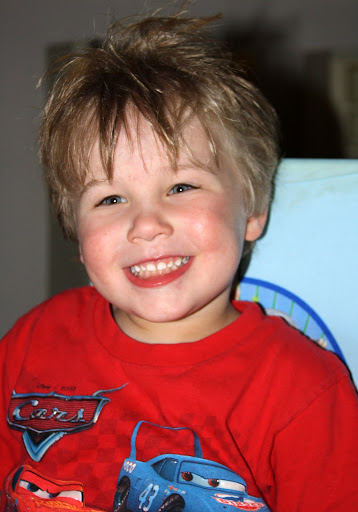 He was SO proud to keep DEFCON level: Purple for an entire day (his first). The frozen yogurt reward didn't hurt... Compare this face with the one on Mommy Shorts...

2 – Times The Tackler has been in red (following a plummet from the high colors during inconsolable, most likely low blood sugar induced, meltdown).

20+ – Times he has reached purple, the color of ultimate power.

3 – Times the system appeared to be worthless (during meltdown mode).

8 – Times he has shot from purple to yellow in under ten minutes.

5 – Times rewarded with ice cream (frozen yogurt with toppings) for being in purple. The 100 degree heat also played a factor.

2 – Times I had to give up writing time because trumped by “I’m in purple mommy, you have to play with me” during Lil Diva’s naptime.

6 – Times he has tried to assign color levels to Lil Diva.

2.5 days AND COUNTING – Longest time spent so far in purple without dropping color.

3 – Times dropping to an undesired level caused a mini-tantrum.

4 – Times I probably should have dropped him a level but didn’t because he vowed to “be good”. And he was.

Too high to count – Times threatening a color drop stopped the undesired behavior from occurring or reoccurring.

The last one is hopefully a sign we’re on the right track, so we’re going to stick with it.

Now I’m off to read what Dr. B wrote, because I can use all the help I can get…

Kelly K has learned the five steps to surviving of motherhood: 1) Don't get mad. Grab your camera. 2) Take a photograph. 3) Blog about it. 4) Laugh. 5) Repeat. She shares these tales at Dances with Chaos in order to preserve what tiny amount of sanity remains. You can also find her on her sister blog, Writing with Chaos (www.writingwithchaos.com) sharing memoir and engaging in her true love: fiction writing. It's cheaper than therapy.
View all posts by Kelly K @ Dances with Chaos →
This entry was posted in The Tackler and tagged Ask Dr. B, Discipline DEFCON results, four year old doesn't listen, humor, life, Mommy Shorts, parenting. Bookmark the permalink.

9 Responses to A Plea to Dr. B and DEFCON Update by the Numbers